A new pack of wolves is currently forming at Dählhölzli 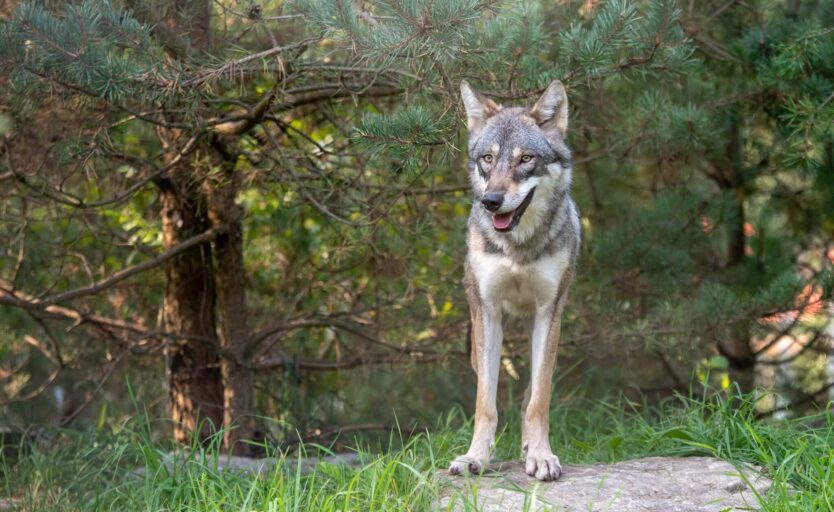 The young male, who descends from the Bernese wolf pack led by “Amarouk” and “Juliette”, has been introduced to a young female wolf from St. Croix in France, where “Juliette” also came from. She was far down the hierarchy in her pack and was very rudely expelled. Luckily, the Bern Zoo was looking for a female wolf and so she found a new home with us.

Close-up of the beautiful young she-wolf

Close-up of the beautiful young she-wolf

Tuesday was the big moment, when she was let into the facility. Here you can see the exciting encounter (as it often happens in nature) of a young male wolf, who has been on his own for some time and has gained self-confidence in dealing with e.g. our bears, and a young she-wolf, who has been expelled from her pack and is looking for a mate, but has been very ” lost “, at Dählhölzli: The young she-wolf takes her first steps in the new environment in a crouched position, very cautiously. Then she slowly begins to look around and sniff. And to the great applause of the observing keepers, she soon finds a chicken that the keeper has hidden carefully.

The encounter of the two wolves, a little later when she eats her chicken, is wolf communication as it is written in the books and also inspires our behavioural biologist and zoo pedagogue: “She is completely scared (not surprising after her past in the pack) and is used to being very submissive: she makes herself very small (incl. head position), her tail is far below her belly and both ears are at the very back. But she still “defends” “her” chicken in the usual way (she also had to feed herself somehow in the old pack) but remains very submissive. The young male wolf is in control of the situation (but not aggressive), is attentive and curious, but is not hungry (he had enough chickens before) and therefore continues to run (even if the pace near the she-wolf is clearly slower than before and after)”.

The new female lying together with the male

The young female from the French St. Croix

On the following day, the young female wolf is already much more relaxed, the pronounced submissiveness can hardly be observed any more. At the moment both wolves live in a loose association next to each other, curious about each other and always aware of where the other is. If they become more and more comfortable with each other in near future, they will hopefully soon be a pair and form a pack. But we can never know for sure how the animals will behave. The wolves will decide. That is why the two young wolves are currently being watched very closely by the animal keepers. 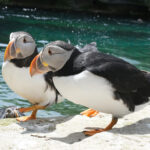 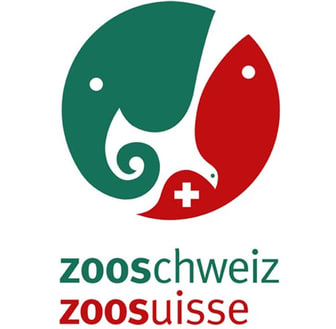